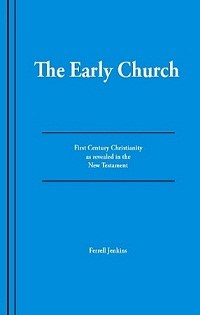 This book is a thorough study of the scriptures that relate to and describe the church which was established in New Testament times. It is suitable for individual or class study and presents the the lessons in well-organized outline form. From the Preface: "We are hopeful that those who study this book will be impressed with the simplicity and beauty of the early church and will seek to restore it in their community."

Published in 1999, this book was updated and reprinted in 2010 and remains a constant resource and study guide for Christians everywhere.