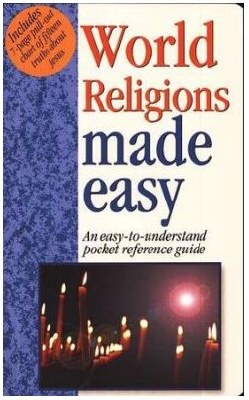 This full-color, 64 page book provides a brief examination of the historical and doctrinal backgrounds of the world's major religious groups. The book stresses the uniqueness of Christianity, while highlighting how it is distinguished from other world religions such as Judaism, Islam, Hinduism, Buddhism, and Confucianism. The book also examines smaller religious groups such as Mormons, Jehovah's Witnesses, Seventh Day Adventists, Christian Scientists, and Unitarians. It takes a glance at Roman Catholicism as well as numerous Protestant Christian groups, and concludes with a section stressing the distinctive role that Jesus Christ plays in the history of world religion. Paperback by Hendrickson.