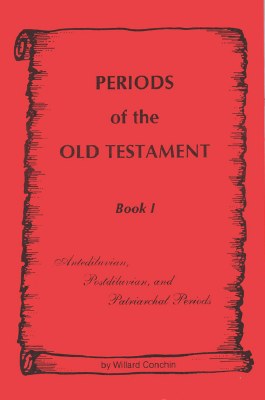 Periods of the Old Testament Book I: Antediluvian, Post-diluvian, and Patriarchal Periods
by Willard Conchin

This series of workbooks is divided into six periods, as follows:

Book II: Period of Bondage and Period of Wilderness Wandering

Book III: Period of Conquest and Period of the Judges

Book VI: Period of Exile, Period of Post-Exile, and Period Between the Testaments