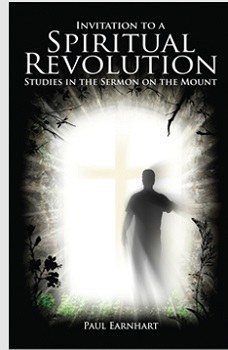 Invitation to a Spiritual Revolution (PB)

Invitation to a Spiritual Revolution: Studies in the Sermon on the Mount (Paperback)

Jesus concluded His Sermon on the Mount by saying, "Everyone who hears these sayings of mine, and does not do them, will be like a foolish man who builds his house on the sand: and the rain descended, the floods came, and the winds blew and beat on that house; and it fell. And great was its fall." A generation that has either ignored or attempted to explain away "these sayings" of Jesus now teeters toward destruction, buffeted by the winds of human philosophy and floods of dissipation. Its epitaph may well prove to be: "Great was its fall." Earnhart says, "For this reason it is the more urgent that we look often and carefully at the one sermon of God's Son which perhaps more than any other defines the very essence of the kingdom of heaven. Here, if we listen humbly, our lives can be transformed, our spirits refreshed, our souls saved." Few preachers of our generation have studied the Sermon on the Mount as intensively or spoken on its contents so frequently and effectively as Paul Earnhart. His excellent and very readable written analysis appeared first as a series of articles in Christianity Magazine. By popular demand it was published in a single volume in 1999.