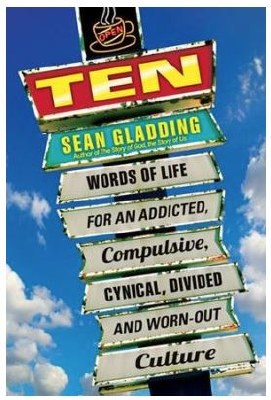 Ten Words of Life for an Addicted, Compulsive, Synical, Divided and Worn-Out Culture

Ten: Words of Life for an Addicted, Compulsive, Cynical, Divided and Worn-Out Culture

To most people living in today's world, the Ten Commandments represent archaic rules dictated by a taskmaster God, meant for a society long gone. Many see them as irrelevant, even unattainable, today. But what if we're not that different from those who gathered around Moses as he handed down God's Ten Words to his people? What if they were never meant to be a set of rules, but instead a promise of a covenant relationship? In Ten, Sean Gladding invites you into the story of John, a pastor who spends his mornings in a local coffee shop, as he engages the viewpoints of regular people who wonder at the relevance and meaning of those Ten Words today. Sit in on their lively, heart-felt conversations as they tackle each Word over a cup of coffee and realize the hope of God's promises to his chosen people—yesterday, today and forever.