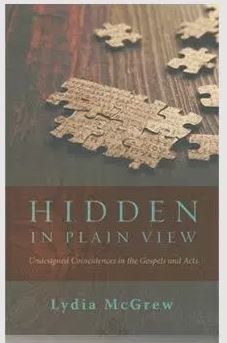 Hidden in Plain View: Undesigned Coincidences in the Gospels and Acts Paperback
Hidden in Plain View: Undesigned Coincidences in the Gospels and Acts revives an argument for the historical reliability of the New Testament that has been largely neglected for more than a hundred years. An undesigned coincidence is an apparently casual, yet puzzle-like “fit” between two or more texts, and its best explanation is that the authors knew the truth about the events they describe or allude to. Connections of this kind among passages in the Gospels, as well as between Acts and the Pauline epistles, give us reason to believe that these documents came from honest eyewitness sources, people “in the know” about the events they relate. Supported by careful research yet accessibly written, Hidden in Plain View provides solid evidence that all Christians can use to defend the Scriptures and the truth of Christianity.